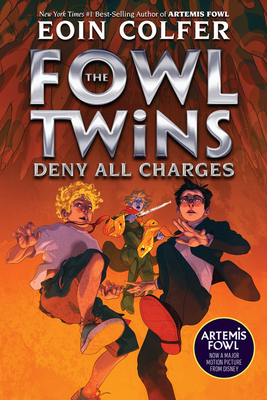 Beckett and Lazuli must collaborate to find Myles and rescue him – not easy when it was Myles who was the brains of the operation. Their chase will take them across continents, deep underground, and into subaquatic super villain lairs (Goodreads).
Continues the entertaining absurdity of the first, sometimes delving too much into the vein of too absurd (but that's classic Colfer). Better antagonists than the first, but overall it retains nearly of the initial charm, though still not quite up to par with the original series. Plenty of hilarious moments and a fast-paced diction that makes it easy to read, it nonetheless also has a few too many convenient happenstances and lightly explained lore that might have been better a tad more flushed out. Regardless, Colfer remains enjoyable and sticks to his well-established story formula. 8.0/10
Posted by miketheboy89 at 00:22 No comments: 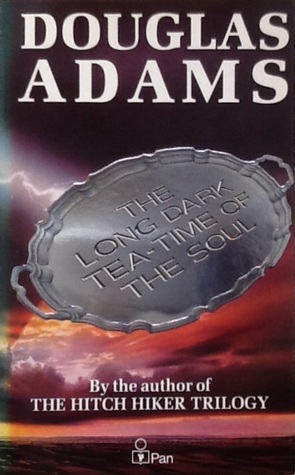 Amid the hostile attentions of a stray eagle and the trauma of a very dirty refrigerator, super-sleuth Dirk Gently will once again solve the mysteries of the universe (Goodreads).
Similar to the first in that the last chapters are hurried and overstuffed with information; in that Adams' voice shines through in hilarious narration and dialogue; and in that the titular character is the brightest spark. However, this sequel falls flat in several key ways: Where Dirk was the star of the first novel, he did not have to carry it the whole way through, and the supporting cast playing the part of the audience did a wonder. Here, though, Dirk's eclectic nature, while obviously amusing to follow, is not supported nearly as much. The holistic nature of the series also doesn't really play a part either; stuff just sort of seems to happen. It's all explained in the end, but again, the end isn't exactly flawless. Norse mythology isn't the best plot device here, either. It's not like it's a bad book; I'd place it on the 'good' side of the spectrum, but it's hard to stay invested. Only Adams' established voice makes this less of a slog. 7.2/10
Posted by miketheboy89 at 17:09 No comments: 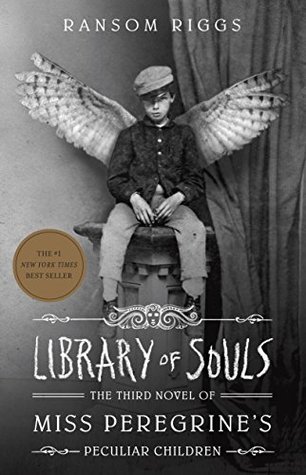 A boy with extraordinary powers. An army of deadly monsters. An epic battle for the future of peculiardom (Goodreads).
Better than the second, but still fails to recapture the magic of the first installment. At this point in the series, the photos do come off a bit gimmicky and some seem forced. It's not difficult to read; the prose is satisfying and the pacing is good, but I found myself just not caring about any of the characters. Our two protagonists have lost all charm and they don't really develop in any major way (Jacob's new ability is well-handled, though). Stuff just seems to happen to them, without their having too much involvement. The supporting cast does nothing to support them, either, at one point they just leave a character to die on a train and when that happens, I should be asking "oh, boy, what will they do about him" rather than, at the end of the book saying, "oh, yeah. I totally forgot he was in this. Huh." All that being said, when the intensity is ramped up in any scene with excitement, Riggs writes brilliantly and makes me forget all of that. I do wish the author leaned into the lovecraftian elements a bit more, because when there are hints, I am left wanting more. All things considered, yeah, I liked it. 7.6/10
Posted by miketheboy89 at 20:30 No comments: 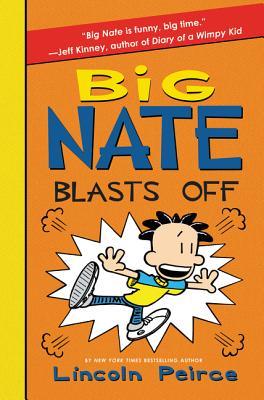 Nate has a crush on Ruby. But after his scrap with Randy Betancourt makes headlines in the Weekly Bugle, he's got a problem WAY worse than detention! Can Nate bounce back? And will the annual Mud Bowl be a blast . . . or a bust? (Goodreads.)
It's always fun to come back to this series. It's fun, it's juvenile, and yeah, sometimes Nate is actually kind of an asshole, but I was pleasantly surprised here. He actually has to deal with some of his assholery. Not only that, but there's a really sweet plotline of conciliatory friendship between former enemies that took me by surprise. It probably doesn't go into depth as much as it could, but what more do you expect from this book? Relatively mature themes and emotional highs and lows really raise the Big Nate bar here. I loved it. 7.5/10
Posted by miketheboy89 at 13:49 No comments: 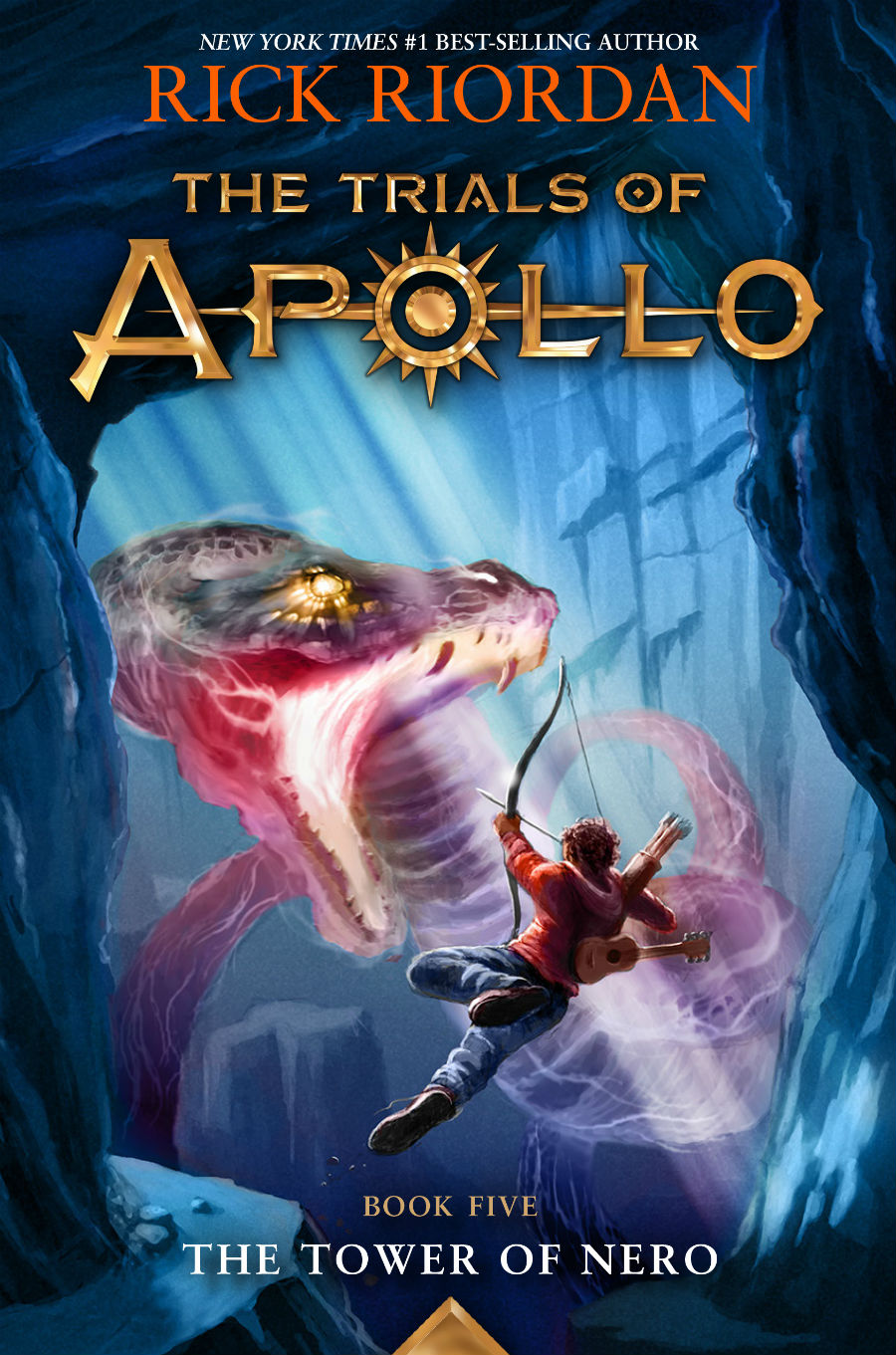 Now the former god and his demigod master Meg must follow a prophecy uncovered by Ella the harpy. Lester's final challenge will be at the Tower of Nero, back in New York (Goodreads).
Writing a single middle-grade series over the span of fifteen years is a difficult task, since the author must retain his ageing fan and also bring in new ones. With only a few missteps along the way, Riordan has concluded this journey here with a lovely adventure. It is in this final installment that the choice of Apollo as narrator really stakes a claim. A maturity is evident that transcends age, while the overall writing remains as engaging as it was in 2005. Perhaps the fastest-paced of the five books, the action is very much non-stop, though impressively, Riordan finds space to deal with emotional issues. The singular viewpoint suffers a bit, since a few too many key events seem to take place off-screen, but other than that it flows well, is funny, and has good character development. The ending stays resonant more than your average novel, and most of the 'visitations' are satisfying and nostalgic. There might be a fair bit of fan service, but if that fan service is done well one can hardly complain. 8.1/10

It looks like nothing else stands between Scythe Goddard and absolute power. Now that the Thunderhead is silent, the question remains: Is there anyone left who can stop him? (Goodreads).
It is lucky for Shusterman that his writing is as good as it is, because this conclusion takes the more fast paced style of the first two and turns it on its head, leaving readers with a type of slow-burn political drama that only succeeds because of how well Shusterman writes. The poignancy of the trilogy increases by a mile while the action decreases disappointingly, but the entirety of it is dictated so well that one can hardly complain, or even get bogged down. The amount of plotlines just barely teeters on the edge of complexity without becoming too convoluted. New additions to the cast are lovely and the pre-existing mains stay developed and engaging, though one or two might have benefited from more air time. For all its buildup, though, the final climax is a bit of a letdown, and perhaps ends too quickly, but everything pays off nicely in the end. Overall, this conclusion is consistently satisfying and, while paced slow, remains engaging and has enough twists and turns to be a true thriller. It is also able to resonate somewhat with surprising political poignancy: "Only idiots build walls." 8.1/10
Posted by miketheboy89 at 17:11 No comments: 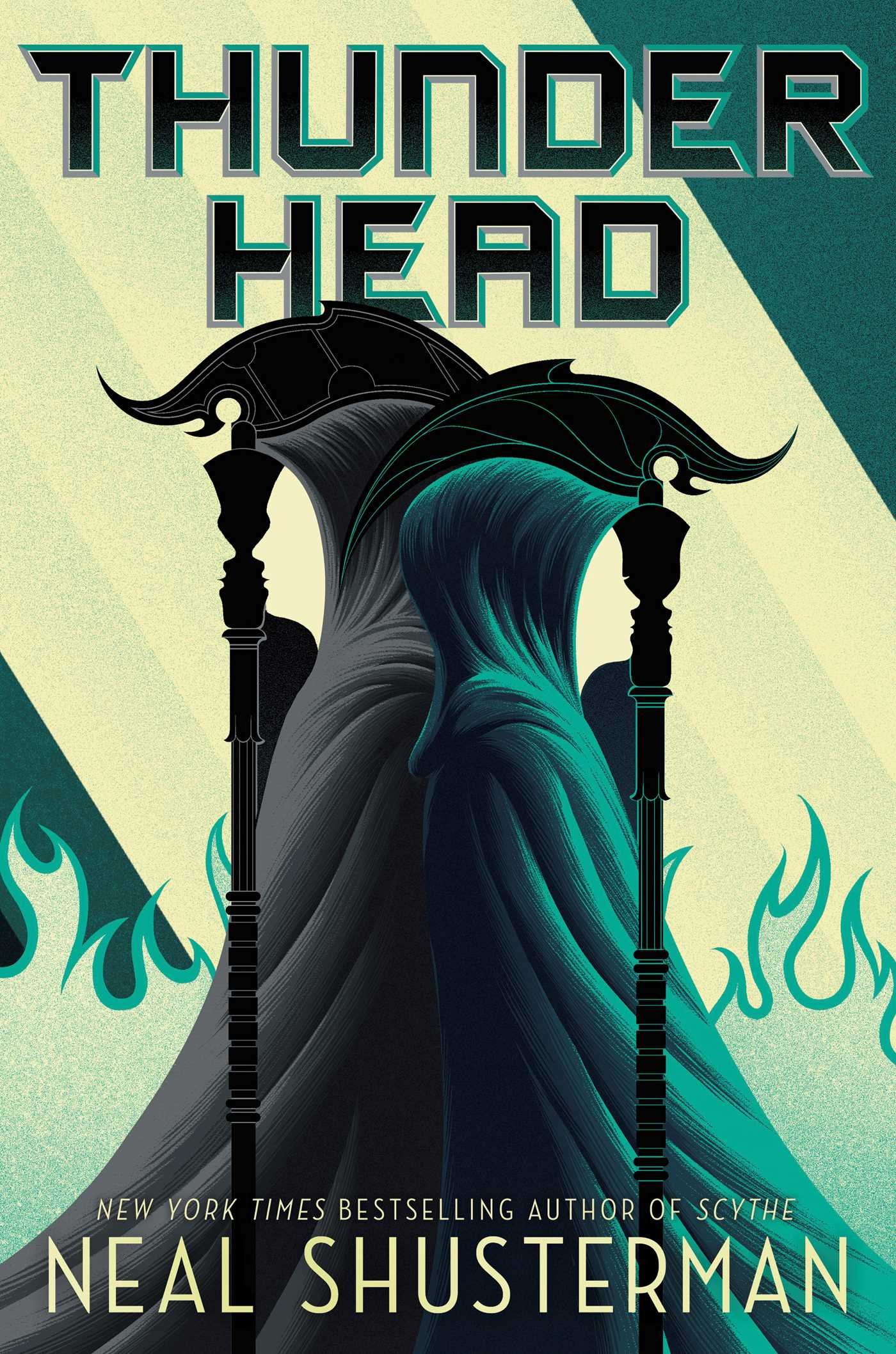 The Thunderhead observes everything, and it does not like what it sees. Will it intervene? Or will it simply watch as this perfect world begins to unravel? (Goodreads).
The ending is so darn good that it is hard not to say this book is without fault, but I must acknowledge a slow start where the stakes are really not set. Classic middle-book-in-a-trilogy stuff. It's written well of course, but it is difficult to become invested again because of this. But around the time of the election in the plot, it picks up immensely. The villain is re-established menacingly and the urgency is palpable from then on, even if the physical action actually slows down. The suspense is fantastic and boy does that ending hit hard, even turning into an edge-of-the-seat disaster plot. A few other critiques: New characters are not anything special, and a couple plotlines don't pay off, but again, that's pretty common when it comes to middle books. Also the "quotes" from the Thunderhead are neat but they don't make much sense logistically. Make it past the start, and the ending is wholly worthwhile. 8.2/10